This is going to be the longest of Joel’s Journeys, but your blogger thinks it’s worth it.  You will avoid crowds by going to some less visited national parks while there is still considerable snow on the ground in early July! To follow this route, proceed north on Interstate 5 for 545 miles to Redding. From Redding take Highway 44 east 46 miles to Highway 89 south to enter Lassen National Park. Before Mt St Helens erupted in 1980, the last volcanic eruption in the lower 48 was Mt Lassen between 1914 and 1921. The mountain is still 10,457 feet high and is quit scenic while it still has considerable snow on the top.  The best viewpoint is from the highway at Helen Lake. The lake was still mainly frozen when I got there in early July as you can see from the pictures. Unfortunately the Bumpass Hell Trail is still closed right now as it was when I was there, so I was not able to get any pictures of boiling mud and small hot springs.

From Helen Lake turn around and head back the way you came, exiting the park. This time continue northeast on Highway 89 for 63 miles to Burney Falls State Park. Burney Falls is much smaller in height than Yosemite Falls but is actually more beautiful to me. It’s wider and water from underground keeps it running all year round. Theodore Roosevelt claimed this was one of the eight wonders of the world but I would not go that far. After visiting Burney Falls continue north on Highway 89 for 58 miles back to Interstate 5. Soon you will see Mt Shasta (14,162 feet high) which always has a lot of snow on it. Highway 89 intersects I-5 at the city of Mount Shasta. Get back on Interstate 5 and drive for 9 miles to Highway 97. Take Highway 97 northeast 119 miles to Highway 62 then go 31 miles to Crater Lake National Park.

This park still has some snow this time of year, which makes the lake even prettier.  Crater Lake is the deepest lake in the United States and the ninth deepest in the world at 1,943 feet! Water filled up the crater that formed as a result of huge volcanic eruptions on what was a 12,000 foot mountain about 7,700 years ago.  As you can see from the pictures this is one of the bluest and most beautiful lakes in the world! By going early in the season, you will not only avoid crowds but it’s also less likely that you will encounter forest fires that can ruin the aesthetics of the area. When I went in August that is exactly what happened. 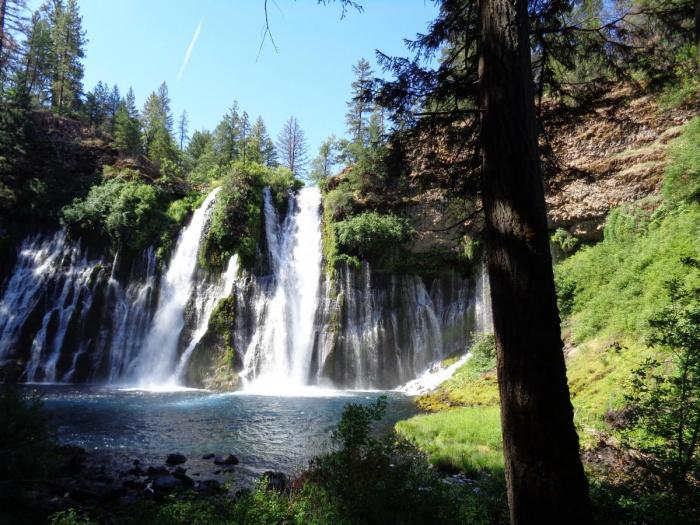 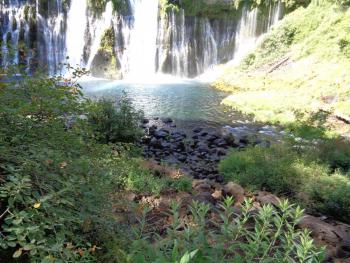 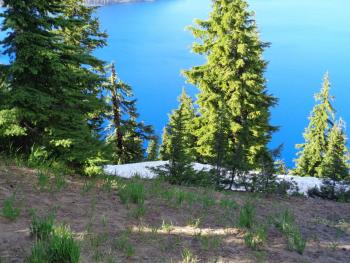 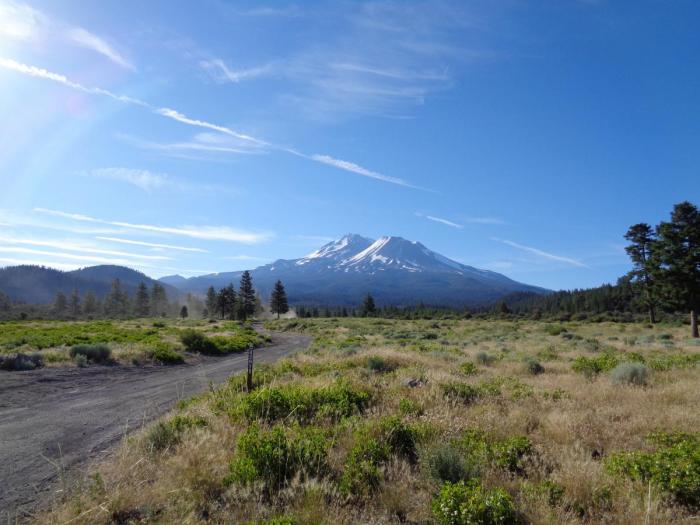 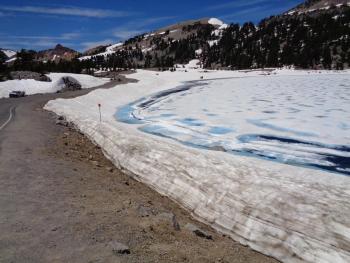 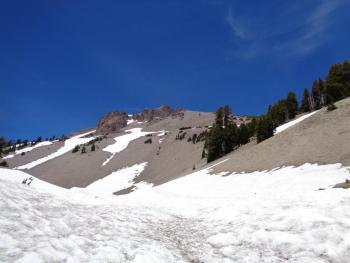 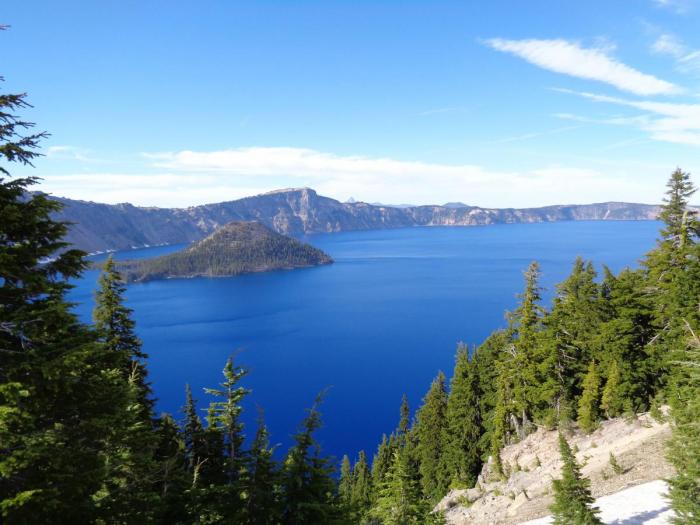 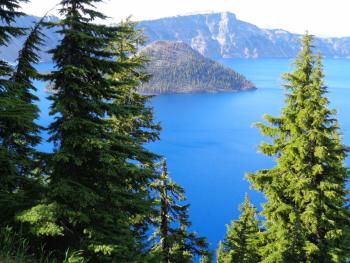 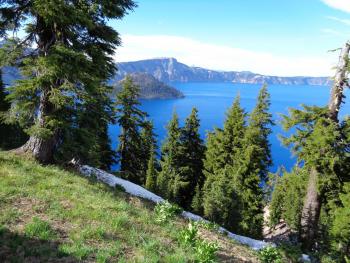